Photography, whether as a hobby or a profession, is a fickle business for all sorts of reasons and there is often a very thin line between success or failure, certainly in photographic terms. Yet the whole experience of obtaining the images can be hugely rewarding even if the pictures themselves can be a bit of let down when viewed back at home. But does this really matter. Is it the experience or the final image that is more important? I would like to think that the experience is the most enjoyable part of the process but then I’d be lying to say that I wasn’t bothered about the outcome of my pictures both from a personal perspective and in the reaction I gain from showing them to others. Of course ideally I want both the experience and an award-winning image to show for it! That said, the joy of achieving what I consider to be a good shot is relatively short-lived whilst I will remember the experience of being there for much longer. 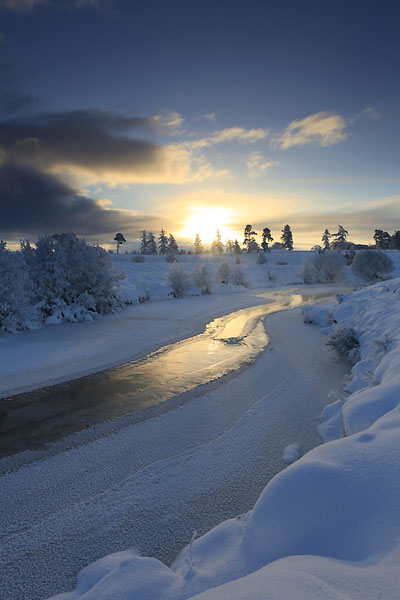 Why am I rambling on about such philosophical thoughts. Well, I sat down this evening to update this blog which I’ve neglected for the past few weeks (although there have been regular updates on Facebook!) and started by looking back at some images from last month when we were in the midst of a mini ice age. On opening the folder there were a set of images that I took along the River Dulnain which runs very close to where I live. The morning I took these shots the temperature was down to -18ºC and the diesel was frozen in my 4WD so I was limited to explore on foot, which is what I did, setting off through very deep snow across several fields to a part of the river I had never explored before, but which under a mantel of virgin snow was hugely appealing. 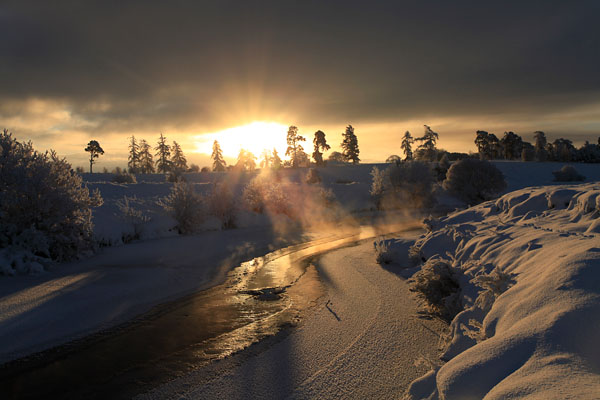 It was like I had found an amazing new place. In reality it was little more than a few hundred metres of river that had been briefly transformed by snow and ice. It was magical and I was like a kid in a sweet shop, shooting everything in sight. But it was the experience that I was really enjoying – finding roe deer tracks that led right across a frozen part of the river, and clear signs of otter activity in the form of an obvious ‘slide’ that led down to the water as well as numerous footprints. My thought at the time was, “This is what it’s all about” – getting out there and finding new things to experience and photograph. And yes, I was quite pleased with some of the pictures – they’re by no means world beaters, but then that’s not really the point.